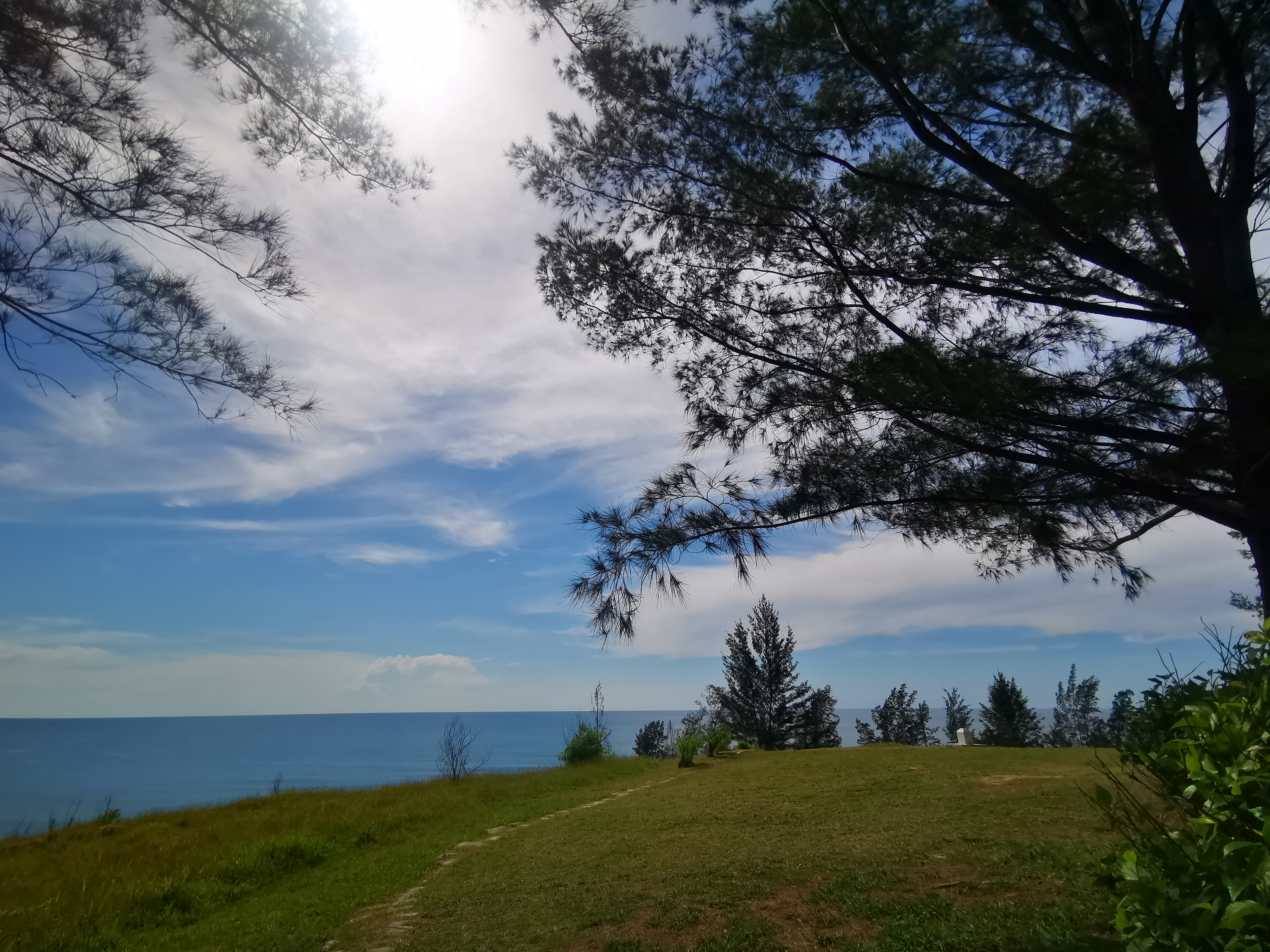 31 October 2019 – More adventures on our second day in the “Land Below the Wind” (because of its location just south of the typhoon-prone region around the Philippines). We had our breakfast at 6.30 am and left immediately as we decided to ride to the Tip of Borneo, about 190 km from the hotel. We filled up the petrol to the maximum. Riding at a cruising speed between 50 km to 100 km accordingly to the routes and road conditions, we expected to reach our destination about 4 to 4.5 hours.

Borneo is the 3rd largest island in the world, and its northern-most tip is the meeting point of two big oceans, South China Sea and Sulu Sea. The Tip of Borneo is located in Kudat district and one of the most popular attractions in Sabah. The Tip of Borneo is also known as Tanjung Simpang Mengayau, which means the junction to the battle at the tip (in Rungus language).

We spend about 2 hours relaxing and taking photos at the Tip of Borneo. We left at approximately 2 pm, and reached the hotel at about 8.30 pm. It was an experience to have travelled about 380km with a 125cc motorcycle with a pillion rider for a duration of 8 hours on the bike. It was worth a trip…

PS. Did I mentioned that it was raining heavily about 30 km to the hotel? – That’s was the reason for reaching the hotel after sunset as our safety comes first. We stopped riding, find shelter, took our dinner, whilst it was still raining.

Hi, I’m Jai. An ACTA Certified and Microsoft Certified Professional (MCP) and a freelance Trainer in Office Applications for Informative Workers for both MOS & ICDL Certifications. Am a husband, a father and grandfather, who love the outdoor life and a practicing Muslim in faith. I love to travel. meeting people, sharing information and knowledge; and help to train the community especially senior citizens, to understand the use of technology in their daily life.

Connect with me on Social Media.

My Tweets
Join 1,295 other followers